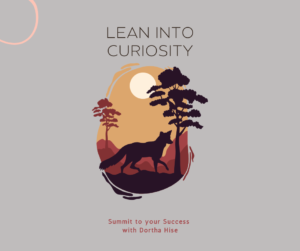 This summer, we took some friends on an overnight backpacking trip in Desolation Wilderness – to a couple of our favorite lakes… and we spent the night at Susie Lake.

Of the reports I had read, there were warnings about some potentially aggressive bear activity and to make sure you were properly storing your food (bear canisters) – which we all had.

The second report was my favorite:

“a roaring animal keeps walking up and down the area. Awake 2-5:30 am so far. Have bear can 40 ft away. It went farther north and is now sobo again, for like the 8th time. Sounds like Chewbacca. Wish I’d gone over Dicks’ Pass since awake anyway.”

I read these reports regularly leading up to a trip to get certain information about water, campsites, trail closures, etc. And for the few days before our adventure, I check it regularly. I did my safety officer duty and shared the bear info because #safetyfirst. The other report, though, I didn’t share right away.

While we were in camp winding down after dinner and getting ready for bed, we heard nighthawks flying around the area – had never heard them and it was incredible. They were hunting and making really cool sounds.

Then I heard it.

The sound described in the report.

I didn’t mention anything to anyone at the time. I didn’t want to be construed as being Chicken Little or anything like that.

We got into our tent and we heard similar sounds to what the person in the report had shared… it seemed to be moving around the area, traveling back and forth… Jason and I pondered whether it could be a mountain lion, we ruled that out for a variety of reasons; we also ruled out grouse because it sounded bigger than a grouse; we ruled out bear because it sounded smaller than a bear and also not a sound we’ve ever heard of a bear making… And so on… We determined that whatever it was didn’t pose an immediate threat to our safety.

And then, everyone kind of just went to sleep.

We were up before sunrise in the morning and started hearing the creature again.

And again, the report comes to the forefront of my mind.

And this time, apparently, I was just ready for a laugh – I busted out laughing and Jason was like “um, ok, what’s going on?”

And I share the report with him and explain how the person described it as sounding like Chewbacca and then I was thinking about the nighthawks hunting around the area and suddenly I was making my own rendition of an Elton John remake I called “Chewy and the Hawks” (instead of Bennie and the Jets)… so now he too is cracking up.

Our friends are waking up and we share the story with them and they too start laughing.

We try to figure out what the creature is and we just can’t quite narrow it down.

Once we got cell service on our way home, we investigated nocturnal animals in the Sierra Nevada and listened to a bunch of different animal sounds to learn it *may* have been a red fox.

So, the whole point of this post is to get curious… lean into curiosity. And I would say do so as long as it is safe to do so. 😉